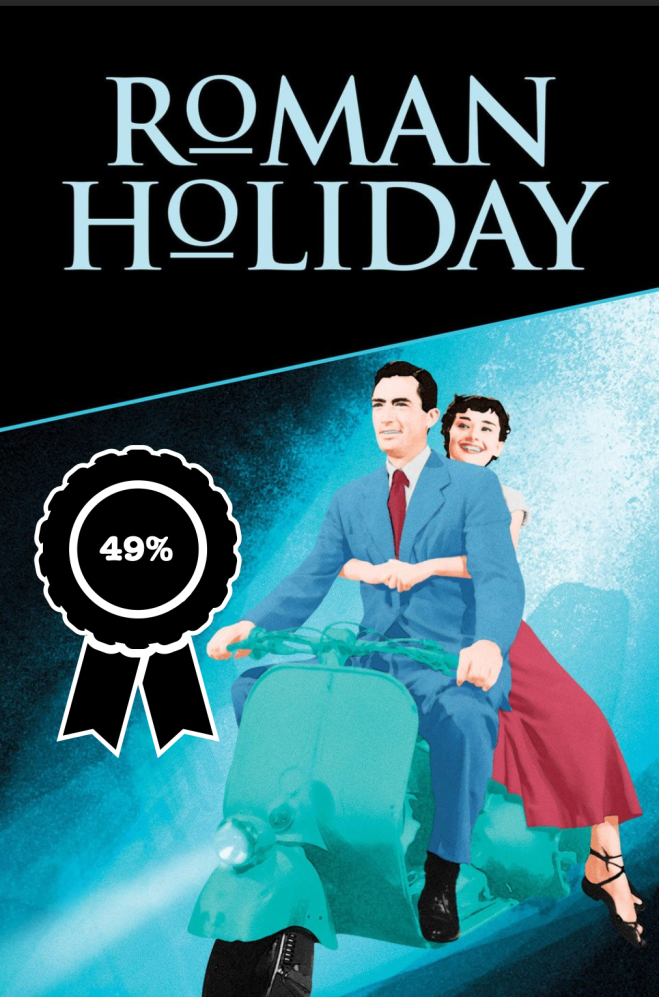 A holiday from the films of its time—This William Wyler classic has beautifully withstood the maturation of American culture and sensibility.

Ann (Audrey Hepburn), a princess from an unnamed country, is on a diplomatic tour of Europe, slowly suffocating from the pressures of her high society life. Seeking reprieve, she sneaks out for a night in Rome. Lost, penniless, and helplessly drowsy from a sleeping draft, Ann is discovered by Joe Bradley (Gregory Peck), a struggling newspaper man in need of a story. Both endeavor to keep their true identities a secret from one other and wind up falling in love by chance, as they spend Princess Ann’s one day of freedom together,